‘Don’t hold back. The only limit is yourself’. Motorsport Engineer meets Ayao Komatsu, Director of Engineering at Uralkali Haas F1 Team

Since Motorsport Engineer’s inception in 2020, we have met some incredibly talented people from all corners of the world. What binds them together is a shared pursuit of moving forwards; of challenging oneself, of acquiring the skills and knowledge to achieve more. This mindset is epitomized throughout the motorsport ecosystem and typified by some of its most ardent engineers. We caught up with Ayao Komatsu, Director of Engineering with Uralkali Haas F1 Team, on his formative years in the sport and how the human performance factor is more important than ever to achieving results on the track.

Hello Ayao! Please introduce yourself and the main tasks that you typically manage on a day-to-day basis.

Hi there, I’m Ayao Komatsu. I’m originally from Japan but moved to the UK in 1994 after high school, pretty much because I knew I wanted to work in F1. I was 18 at the time and my English was rudimentary to say the least, but I knew that England was the place to be for motorsport!

As Director of Engineering for Uralkali Haas F1 Team, I am involved with a diverse array of departments, tasks and objectives. Although my primary task is still with the trackside race engineering side of things, I am also now more involved with factory-based operations and processes, working with various departments. One of my key learnings over the years is that I really need to challenge myself. As a smaller but no less ambitious operation versus other teams, our resources and responsibilities are different, but our goals are the same; to deliver performance. That unique mix is one of the reasons why I joined Haas.

While 2020 was challenging for a number of reasons, 2018 was certainly a high-point and 2019 resulted in solid qualifying improvements. Our focus now turns increasingly towards the 2022 and 2023 seasons and we have made / are continuing to make strides in the right directions. 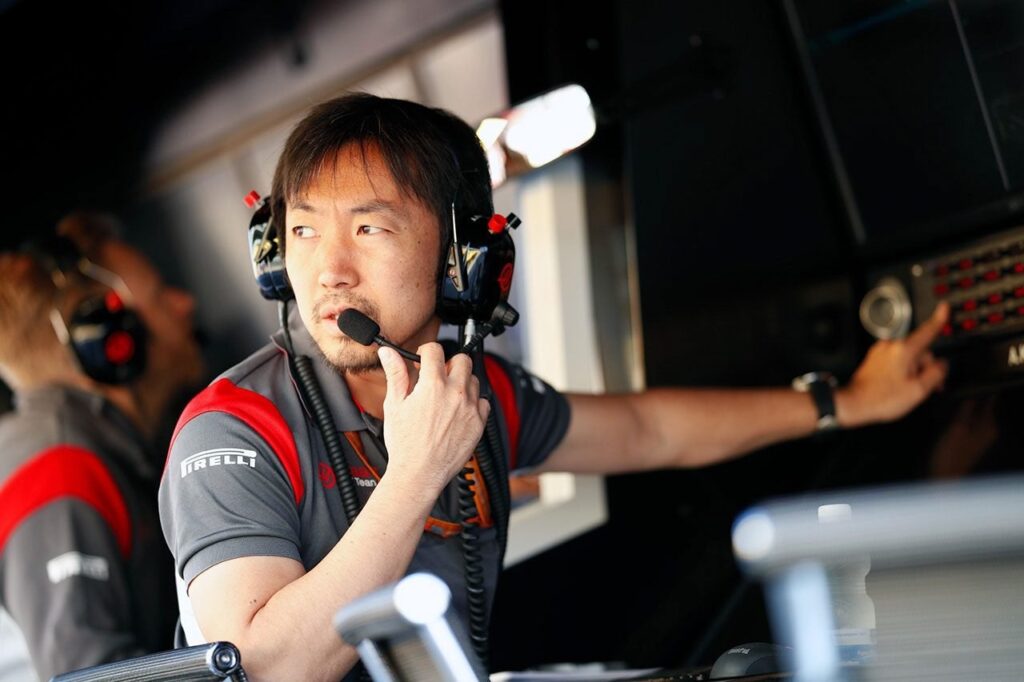 “Prost vs Senna was the Drive to Survive-style story of those days and I was absolutely sold”.

Tell us a little about your journey to date. What are the core foundations that have got you to where you are today?

I would say the key things for me were passion and desire, focusing on my goals, gaining the right experience and constantly challenging myself.

Believe it or not I actually wanted to go into investigative journalism at first. My skills early in life were less attuned to mathematics and physics and more towards storytelling and sociology. Ironically, I also had more of a passion for two wheels rather than four! The more I watched F1 on television in the 80‘s though, the more I fell in love with it. I was captivated by its international status, the human drama unfolding right in front of me and the backdrop of technical competition and excellence. Prost vs Senna was the Drive to Survive-style story of those days and I was absolutely sold. Aligning with my desire to do something international, I set my sights on working in Formula One.

After reaching out to several motorsport publishers for their recommendations on universities, I applied to Loughborough. The first couple of years were challenging because of the language barrier and not being able to steer things towards my goal, however the third-year work placement with Lotus Engineering in Norfolk was pivotal in giving me the confidence, understanding and direction that I needed to move forwards. Working in the active control systems team, I acquired the fundamentals of vehicle dynamics and made the transition from theory to practice that I had been craving. I would say that I am not someone who is comfortable with just concepts and theory, I need to be making things happen – a common trait among motorsport professionals I imagine.

Later completing a PHD rooted in simulation, I began my push towards performance. Dynamics, control-systems, lap-time optimization, vehicle setup, driver interaction – all fundamental areas that I thoroughly enjoyed. Punctuated by two seasons’ experience with Takuma Sato in Formula 3, I knew that my core foundational knowledge and experience was in a solid place. 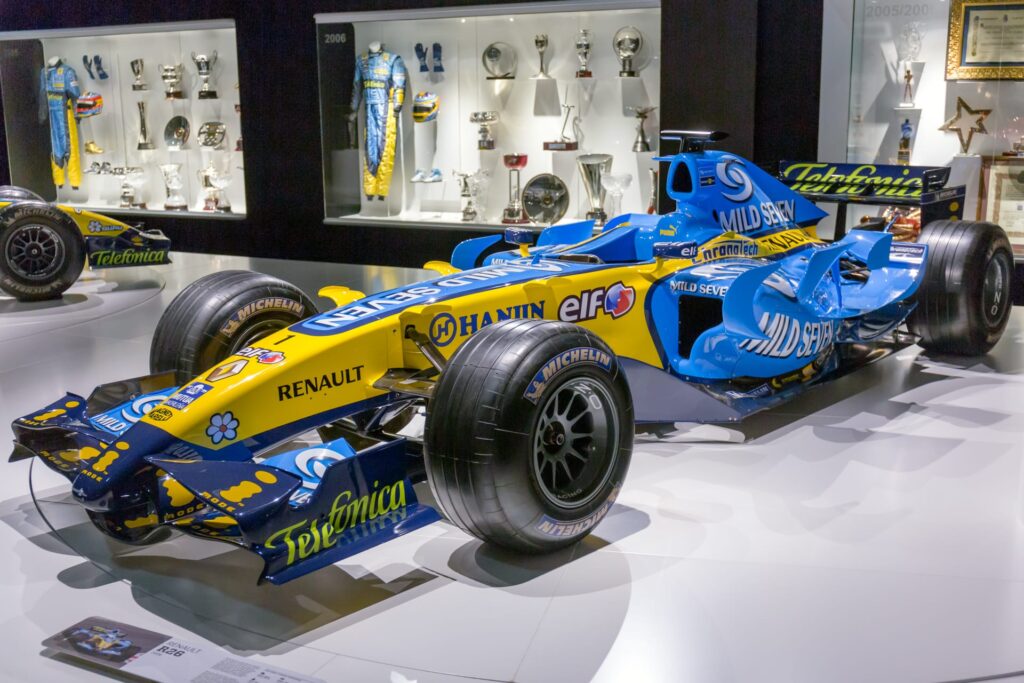 “The banter between fellow internationals helped me to let my guard down, recognize differences as a positive and therefore learn about / from colleagues in the process”.

Haas is the third F1 team that you have called home. How has your experience of the various team cultures changed as you’ve progressed through your career?

Look at it like this, everyone talks about the technical side of the sport and that is absolutely fascinating, but equally fascinating is the human factor. We can gather innumerate levels of data on race day, so much detail for planning, preparation and contingencies, but ultimately it’s a human that makes a decision or reacts in a particular way. I find the interrelationship of people and technology captivating and every team has their own nuanced way of managing the two to drive performance gains.

My first F1 job was with BAR Honda in 2003 working across Vehicle Dynamics and Chassis Performance, with an increasing focus on tyres. The culture was that of a large corporate to some extent; professional, formal, clear hierarchy etc.

With the notorious ‘tyre wars’ in full swing (Bridgestone and Michelin were competing for wins as ferociously as the teams), I moved to Renault F1 Team in 2006. The slightly more informal, work-hard / play-hard culture at Enstone was a welcome change of atmosphere that suited my approach to life. F1 is a tough business and it can be hard for people to deal with unless there is a release of sorts. The banter between fellow internationals helped me to let my guard down, recognize differences as a positive and therefore learn about / from colleagues in the process. I thoroughly enjoyed my time there, moving from Performance Engineer to Test Engineer, Race Engineer and eventually to Chief Race Engineer over a period of 10 years. 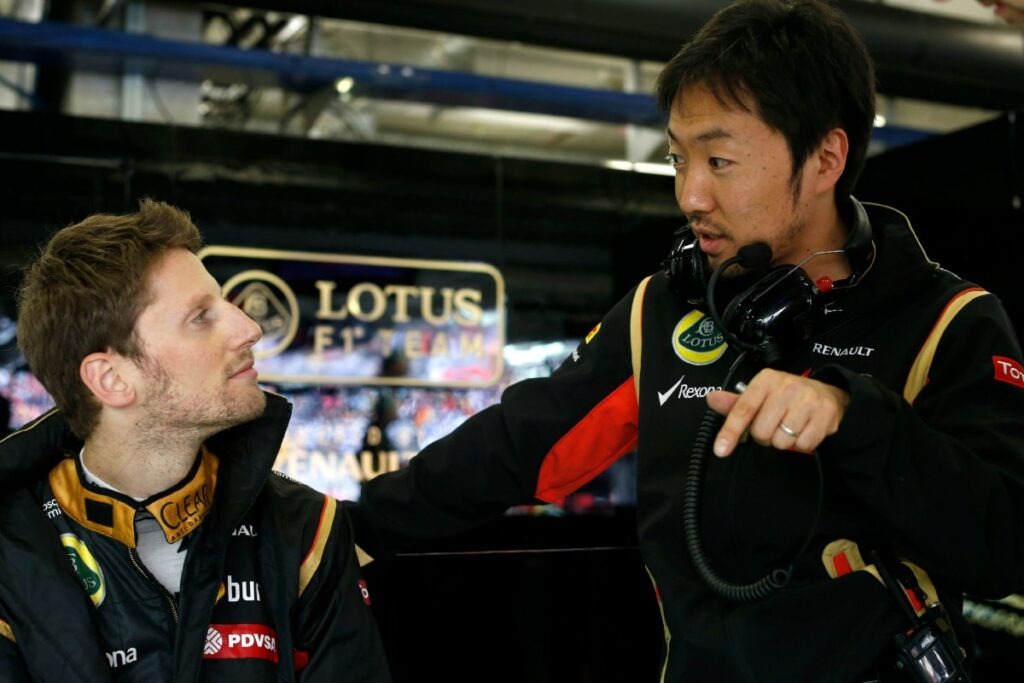 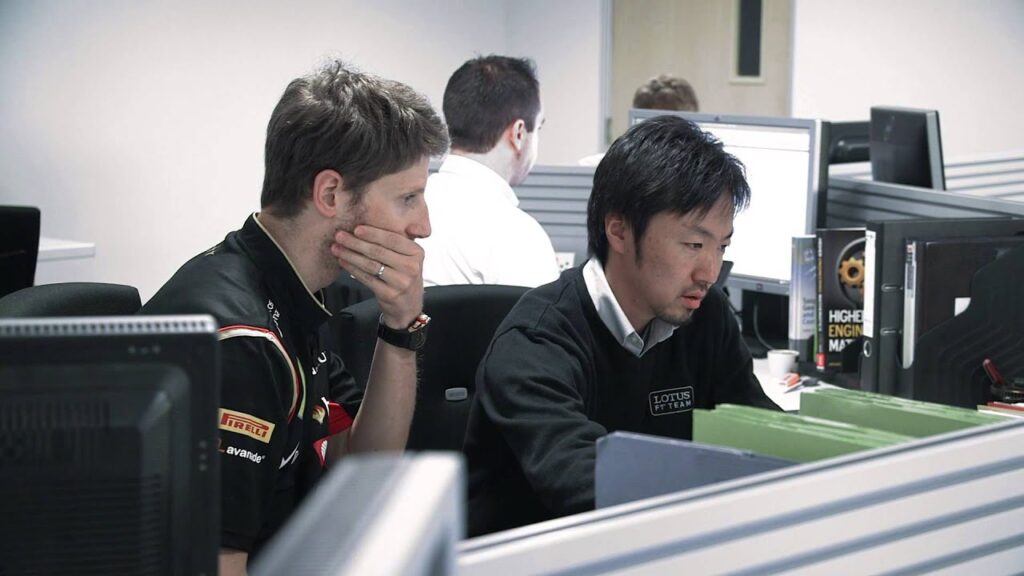 I could have stayed at Enstone – I knew that Renault were coming back and that the team would be achieving brilliant things in the future, as they are now under the Alpine name – but an opportunity came up to join the new team, Haas F1 Team. Again, it was the need for challenging myself and taking things to the next level, that really drew me to the role. I could see incredible potential there and wanted to be a part of that challenge for success. Now as a senior manager, I can apply my love of social science as well, placing X nationality in a team with Y nationality, or this person’s skillset with this person’s previous experience. Running the ship has given me even more of an appreciation for people dynamics and understanding what motivates them to deliver their best performance – this is a fundamental addition to any engineer’s toolbox.

“My son actually looks up to him as a superhero – no one could have walked away from that without having some kind of superpower”.

Romain Grosjean had a terrifying accident in Bahrain last year. How far has the safety side of the sport evolved during your time in the business?

Well, without the halo he would not be here, right. Simple. The way the chassis stood up to that level of impact really was amazing when you put it into perspective – I mean, he didn’t even break a leg! So, it says an enormous amount about the testing that is carried out, the advances in materials research and manufacturing processes, as well as the preventative measures taken by the sport. Even down to the undergarments produced by Nomex (Romain was in the fire for 27 seconds, which is just under the material threshold of 35 seconds) and the way the safety / fire crews responded – everything has allowed us to turn a negative into a positive.

For Romain to deliberately walk towards the medical car as well, was nothing short of inspirational. It says a huge amount about his character and desire to be there for his family, not to mention the millions of people he would have inspired around the world. My son actually looks up to him as a superhero – no one could have walked away from that without having some kind of superpower. I also know that, despite being an incredibly difficult time for him and his family, he feels like a better person for going through it. 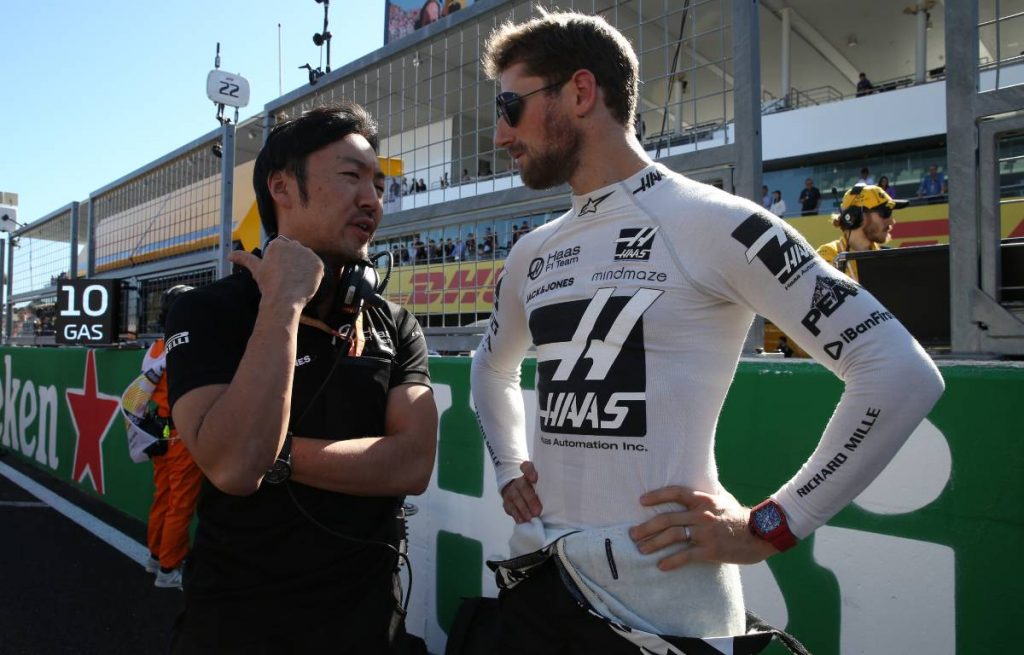 Lastly, what advice or words of wisdom would you give to aspiring young engineers trying to make it today?

Don’t hold back. Everyone doubted my aspirations, including all the teachers at my schools, but when you put your mind to something and focus all the resources at your disposal, the only limit is really yourself. If you don’t quite get there despite this focused effort, then that’s ok too – because you gave your best and can have no regrets.